Italia close to it shed in Ny-Ålesund (Kings Bay), Spitsbergen Island. Nobile’s N-Class airships had a lovely if dumpy shape.

The Douglas Mailplanes were derivatives of the successful O-2 military plane; of them the 1926 M-4 was the strengthened last model. Initially intended to be operated by the Post Office Dept itself to replace the venerable DH-4s, the department policy suffered a change and they’re put up for auction and operated by commercial carriers instead.

Still image that captured the magic of the highly recommendable “Night Flight”, a 1933 movie based on the homonymous book of Antoine de Saint-Exupery. 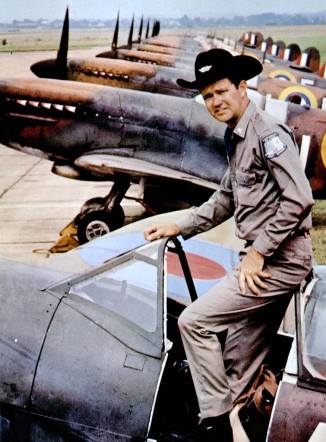 The peerless stunt pilot Wilson “Connie” Edwards and the Spitfire fleet used during the “Battle of Britain” movie.
A real character he was.

The coolest “Hun” dedicated to this blog’s  100 followers, and the thing has just started. GRACIAS/THANKS.

Very candid scene captured in the Fairlop airfield, Essex. The coiffeur really knew his metier, but I seriously doubt the fighter jock wanted a style similar to his. 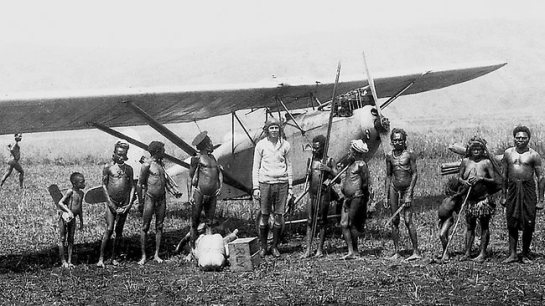 After Westland realized that the Air Ministry 1924 ideas of light powered aircraft were a failure, the company decided to equip its promising Widgeon with more substantial muscle. The result was a very decent, but expensive aircraft, incapable to compete with the Moths, Avians, etc. Just twenty-six of them were ever built.
Charming photo of pilot Les Trist and friends with VH-UGI, a Cirrus-engined III model in 1930. This Widgeon was used in the gold rush that took place in Papua New-Guinea before WW2. Gladly VH-UGI is still with us, but Trist had less luck; he died a  year after this photo was taken.

The most successful French early jetliner truly deserves such a very neat poster.

The shape chosen to frame the Caravelle was not arbitrary…