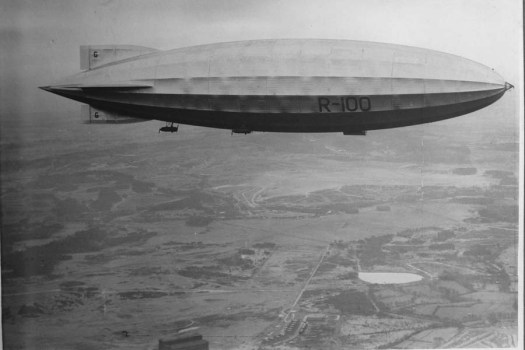 Superbly atmospheric pic of the Airship Guarantee Co (Vickers) R100. The photo was surely taken during his early trials. Its elegant tailcone tip suffered a structure collapse and was later replaced by an awfully unelegant blunt end.
Also evident is another defect of the R100; Wallis used less rings and longitudinal girders than the Germans to simplify the construction. The blurred vertical bands are the evidence of ripples in the outer cover; during trials the cover flapped and even some tears appeared at high speed.This defect remained unsolved.