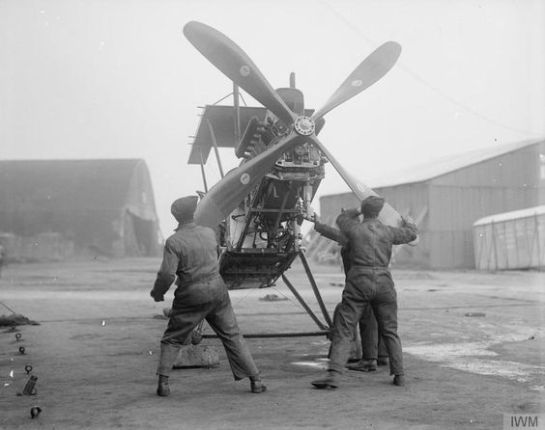 The “very British” R.E.8 was designed in 1916 as a replacement for the deadly -for their crews- B.E.2. Curiously, they persevered in the R.E.8 with the same formula of B.E.2: a highly stable platform to aid in recon/observation duties. Some modification cured in part that defect, besides, it was better armed and a little more powerful,… and that sure helped. Built in huge numbers (more than 4,000), these ungainly aircraft never gained much acclaim with the Royal Flying Corps (RFC) crews, but they gave a decent service and fought bravely until the end of WW1.

Lovely atmospheric Imperial War Museum pic. These blokes are getting ready to do a test run of the 140hp RAF 4a. Always a fan of those RAF air-cooled V12 engines and their stunning Laminated mahogany four-bladed props.. 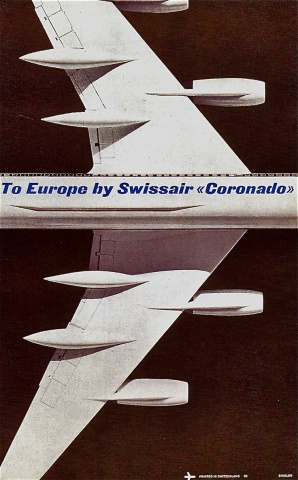 From a time when you mentioned your company aircraft types to sell tickets, a bygone era. A dubious subject, the Coronado: both spectacular and uneconomical.
The CV-990’s startling  trailing edge anti-shock bodies conceived by Dietrich Küchemann (the “Küchemann carrots“) well-depicted here.

Fly me to Europe, please. 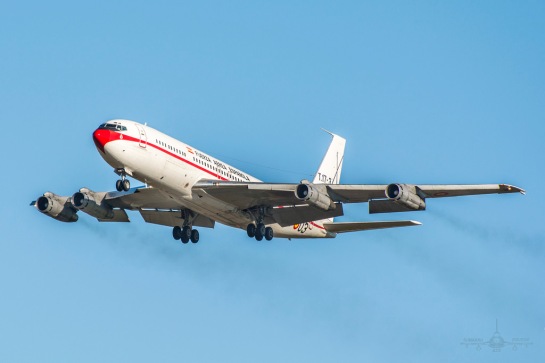 After 28 1/2 years of faithful service in the Ejército del Aire (Spanish AF) the last of the four T.17’s said “Adiós”. I must confess I’ve always preferred the aircraft they replaced, the DC-8-52 (T.15). A strange switch anyway: the T.15 were retired due to their antiquity…. just the same problem the 707’s showed from the very beginning of their service. España es así /Spain is this way, my friends.

Apart for all that, the EdA 707’s sure looked stunning with this definitely “vintage” livery. Here the last T.17 (-3, ex-Saudia) smoking gently. 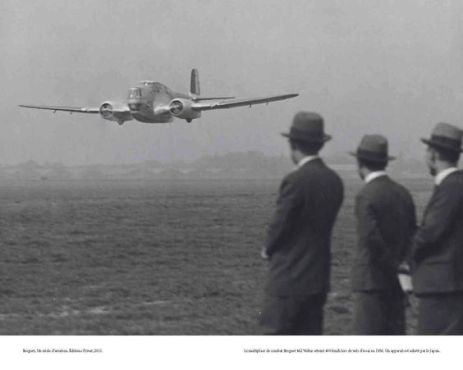 The Br. 462 was a modernized and cleaned-up version of the Br. 460. First flown in 1936, this still decently ugly bomber attained a speed of 402 km/h (250 mph) thanks to it more powerful Gnome-Rhône 14NO radials. It was not enough, just 3 were produced and next to nothing was achieved with them.

One Br 462 according to some sources one went to Japan.  Anyway, these uniformly dressed gentlemen appear to my like Japanese looking at a possible acquisition. A pretty impressive photo, in any case. 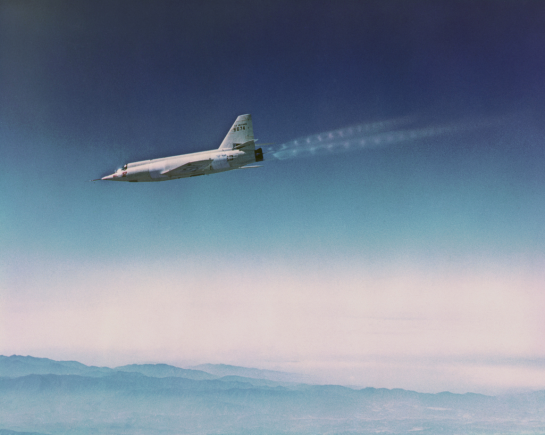 60 years ago, the morning of 27 September of 1956, Milburn G. Apt was launched in his X-2 (46-674) from the B-50 mothership in search of Mach 3. Curious the choice of Apt for such an important and dangerous task: this would be Apt’s first rocket flight. Told to avoid any hasty control movement beyond Mach 2.7, Apt flew a superbly precise flight and became the first man to exceed Mach 3 (Mach 3.2, in fact). Having reached the goal he inexplicably performed a turn still above Mach 3 and lost control due to inertia coupling. After some futile tries to recover from the spin, Apt had to abandon the X-2 via ejection capsule. Something went wrong and he was killed.

The X-2 in happier times. 46-674 in flight over Southern California (1955). Look at those gorgeous shock diamonds in the exhaust plumes of the X-2’s two-chamber Curtiss-Wright XLR25 rocket engine. 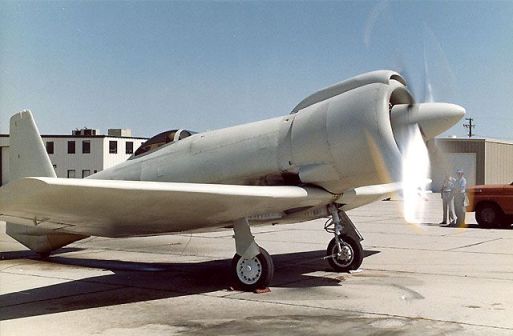 Since its revival in the 1960s the Unlimited Air Racing Class has been dominated by highly souped-up WW2 fighters, mainly P-51s and F8Fs. The concept of the Wildfire originated in the middle 1970s when some friends decided to think outside the box. Instead of massive and fragile power they chose to follow a formula where a decent and trusty power plant, low drag and light weight were the main ingredients. Taking advantage of modern aerodynamic technology available and using a ubiquitous North American T-6 fuselage/inner wing, they incorporated a completely new outer wing and tail of their own design. Thinking cheap the R2800-97W engine and Hamilton-Standard propeller were obtained from a Convair T-29 bought in a surplus auction -with the two engines they made one. Wildfire’s first flight took place on October 20, 1983. After that, well….., promises, announcements (the latest in 2004) and then silence.

Still waiting for him to come and save the day. 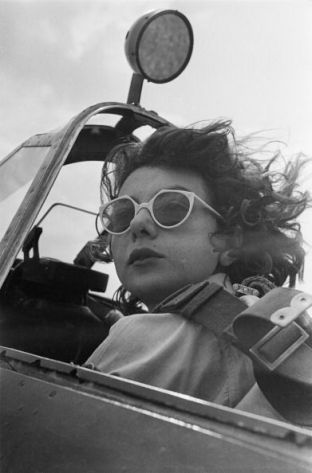 According to Giles Whittel, the author of the very decent “Spitfire women of WW2″ book. this stylist Air Transport Auxiliary (ATA) was Joan Soroer. Such an incredible class; those shades are simply stupendous. That archetypical Spitfire rear-view mirror is the icing on the cake. Between two loves here.

Photo taken from the article “Work of the Ferry Pilots” of the Picture Post of Sep. 1944.