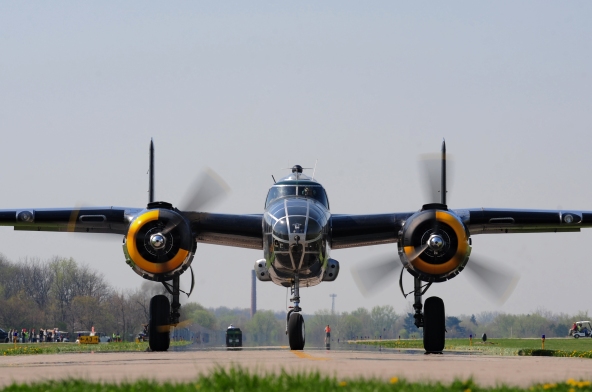 The B-25 and the B-26 Marauder were America’s two principal medium bombers during WW2. Of the two the Mitchell was the sturdier and more adaptable. Those qualities led to their use in the rougher theaters of operations, mainly the Mediterranean and the Pacific, where they proved almost irreplaceable. It also meant they became popular with postwar operators, both military and civilian.

This B-25J (44-30823) wears the livery of “Pacific Prowler.” That Mitchell flew over 120 missions in the Pacific. I must confess I’m a fan of The Whore, but the Mitchell’s subtle gull-wing was really something.

One thought on “NAA B-25J Mitchell: Torn between two loves.”