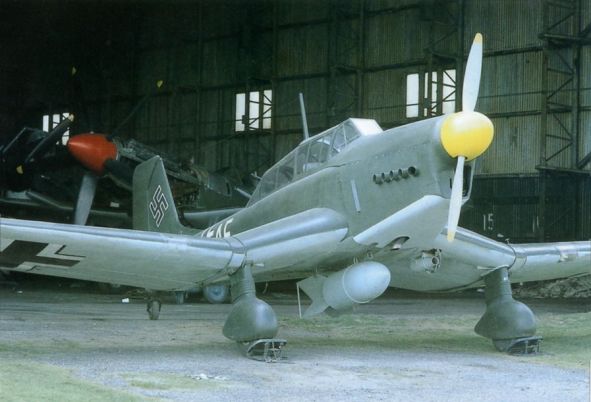 The fiftieth anniversary of “The Battle of Britain” is approaching; the movie, I mean. For the Stuka scenes the great Hamish Mahaddie tried at first to restore to flight the only genuine Stuka in UK. When that proved to be belong the economic reach of the production a smart alternative “flying actor” was produced. None other than Percival Proctors heavily modified by Vivian Bellamy to look convincingly as the real thing, cranked wings included. Sadly, the prototype proved to be an awful flier so in the end they were not used in the film; very realistic radio-controlled models were employed instead.

Astonishingly German-looking, the only minus that two-blade prop.