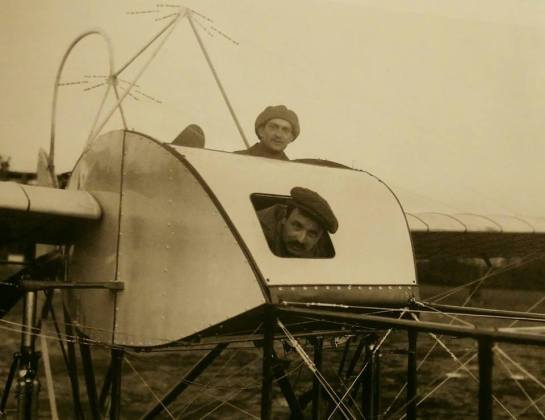 The XLII was another Blériot’s attempt with the canard pusher formula. In this case a military observation type monoplane built in the spring of 1913 and evaluated unsuccessfully by the military.
Its conventional 80 hp Gnôme engine apart, this aircraft was certainly weird even for a canard; starting with the bizarre boomerang-shaped rudder not seen in this photo. It didn’t stop there. The crew of two were housed side by side in a short nacelle, but to carry his recon duties the observer had to lay horizontally on the cabin floor and used this hilarious small front porthole.