The always, always, spectacular “Habu” putting a show….out of its natural envelope. They were usually the high point of Mildenhall Air Fetes. Pulling a few G more than “necessary” the J58 engines became deprived of the oxygen due to the dynamics of the inlets. Without oxygen but not without fuel; in fact quite a high quantity of fuel went inside the engine without ignition. That situation only needed the pilot to release the pressure on the joystick just a little. Almost instantly oxygen flowed again into the engine and they started to run again….but not smoothly at first. The quantity of fuel for the engine was at that moment way too much and these magnificent shooting flames resulted.

This French engine family success story owed more than a little to the former enemies. As the Atelier technique aéronautique de Rickenbach (ATAR), BMW engineer Hermann Östrich and other members of the Bavarian engine company were the real progenitors of that family. All started at the former Dornier factory at Lindau, within the French Occupation Zone of Germany, when this group of genii took their wartime BMW 018 design as a starting point. Right there, almost literally, started the postwar renaissance of French aviation with their various Atar iterations.  Remember: “no Atars, no Mirages“.

Curious the misuse of the term “Fokker” in this recent ad; Done on purpose or a mistake?. “Fokker” was used quite often by Allied pilots during the war in reference to the Focke-Wulf Fw 190. That trend, no doubt, had  its roots in the WW1 “Fokker Scourge”.
Weird also the shape of this Spitfire. ML407 was a war veteran converted into a two-seat trainer in 1950. The late Nick Grace acquired it in late 1979 from the Strathallan Museum and spent five years restoring the Spitfire to flying condition. A gifted engineer, Grace also created for its Spitfire the so-called “Grace in line Canopy Conversion”: the bulbous rear canopy could be removed in order to keep somehow the original line of the Spitfire almost intact. That configuration is clearly depicted in here. 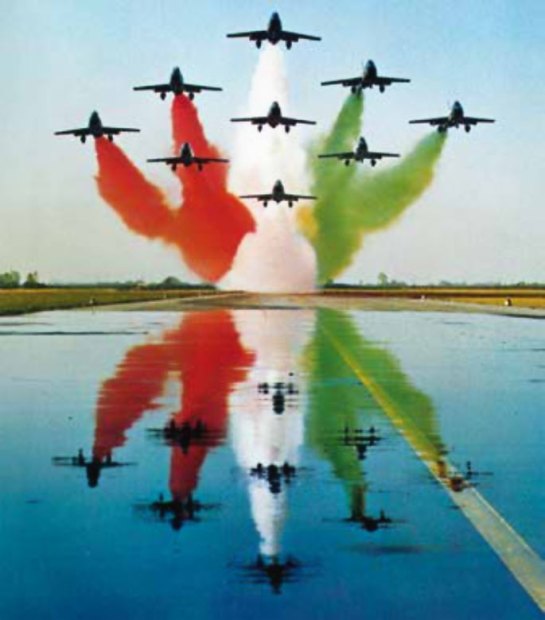 In a very clever measure the Italian AF decided in the 1960’s to recycle some of their pre-production “Ginas” after the production models began to take their places. Not a humble destiny for them; they were modified to serve in the glamorous “Frecce Tricolori” aerobatic team. After almost two decades of service (1964-1981), that proved to be a wise and productive decision. 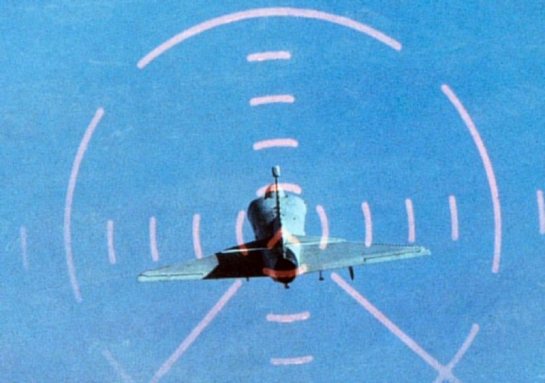 The Skyhawk model identification is just my guessing, or my mistake. These kind of  lightweight over-protean “Scotters” were not always so easy to catch. The catcher appears to be a Crusader too according to that very barebone gunsight pipper.

This graceful monoplane, with its exceptionally clean lines for the period, was designed by Frederick Handley Page to take part on a 1912 War Office prize for military aircraft. The type F was an evolution of “HP” previous models, with such gorgeous wing shape as a sort of household signature. First flown in May of the trial year, the Type F suffered lateral stability problems and was retired from the contest. Later, when its wing-warping was replaced by ailerons the problem disappeared. Sadly, it didn’t enjoy a long life. On December 1912 it crashed tragically with the lost of his two occupants due to a failure of its Gnôme rotary engine.

Hendon, Nov 1912.  A close-up from a photo of The Flight magazine archive.

The “Thud” and its ton of charms. Nothing fancy needed to expose them.