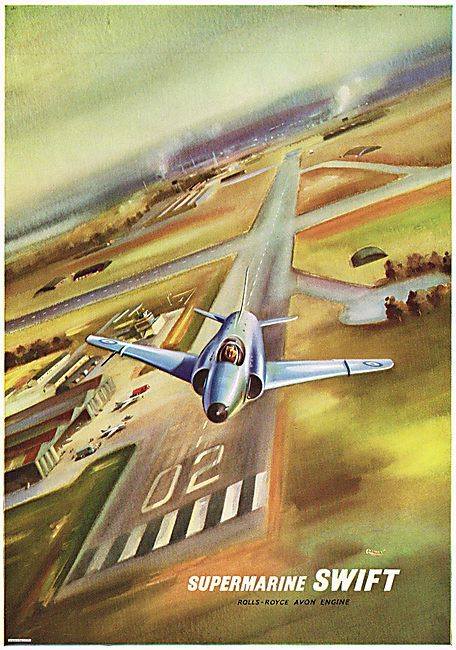 Built by the already mythical Supermarine company, the Swift was -with the Hunter- one of the two british second-generation transonic jet fighters; of them the Swift was the luckless. All started badly with a terrible development program in which the design was found wanting in many areas. Anyway, the necessity was acute and the Swift entered service in its intended interceptor role in 1954. Accidents, lack of performance, aerodynamic/handling troubles soon surfaced. Meanwhile the Hunter was delivering what it promised so the Swift was soon retired, among a certain scandal, after a short unloved service life. A low-level recon variant fared better, but that was not enough to redeem its name.

A wonderful ad composed, if I’m not mistaken, to commemorate the only one hurrah of the Swift.  In Sept. 1953, a F.4 (WK198) piloted by Mike Lithgow set a World Airspeed Record in Libya.